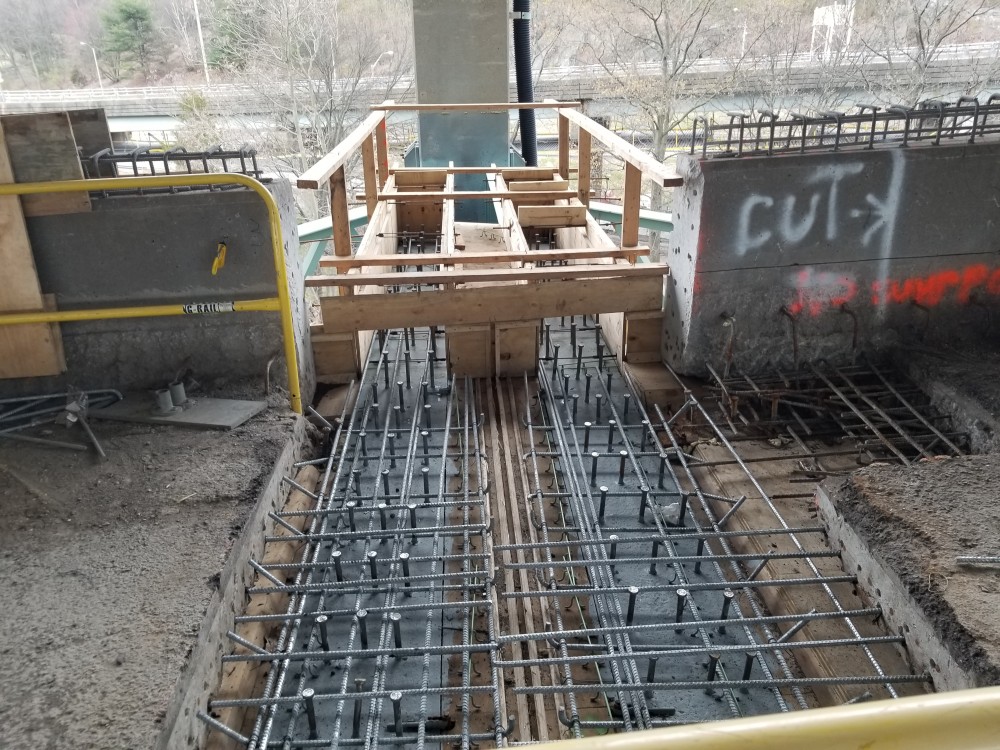 A bridge is made up of the substructure, everything from the foundations below ground to the top of the columns, and the superstructure, everything above the top of the columns. The superstructure consists of mainly bearings, steel or reinforced concrete girders (beams) and the concrete deck.  The bearings are the attachment points of the steel or reinforced concrete girders to the top of the columns.  The girders are supportive beams that help support the weight of vehicles and the deck from one set of columns to the other.  These distances between columns are known as spans.  The bridge deck is the surface of the bridge and also acts as a supportive member congruently with the girders carrying tension or compression to support the span and transfer the loads to the columns.  The spans of the bridges on the Interchange are anywhere from 50’ to 160’ in length, and based on the design of the bridge, at the point where these two spans meet (above a column) the decks are not continuous and have an opening in the bridge deck.  These openings or discontinuities are known as joints.

The joint between each bridge deck allows for movement of the bridge deck caused by the traveling vehicles as well as the fluctuations in temperatures. In Connecticut, there is a fairly large fluctuation of temperature from the coldest day in the Winter to the hottest day in the Summer. The bridge joints for the I-84 Westbound structure has been designed to allow for up to 4” of movement in the deck joints.  There are many different types of bridge joints that can be used which contain a variety of different materials.  Preformed Joints, as well as Asphaltic Plug Joints are the two predominantly used joints on the Route 8 / I-84 Mixmaster Rehabilitation project.   Due to the aforementioned fluctuation in temperatures, as well as weather, traffic loads and impacts deck joints and deck ends sustain a lot of wear and tear which necessitates their replacement.  Much of the ongoing bridge rehabilitation work on the project involves the replacement of these elements.

The open joint that is created at these deck ends cannot be left open.  Leaving this joint open would allow for rain, dirt, and other materials to fall within the deck joints which would increase the rate of deterioration of the bridge.  These open joints are filled with durable and flexible materials that expand and contract with the movement of the bridge, and protect the structural components of the bridge. 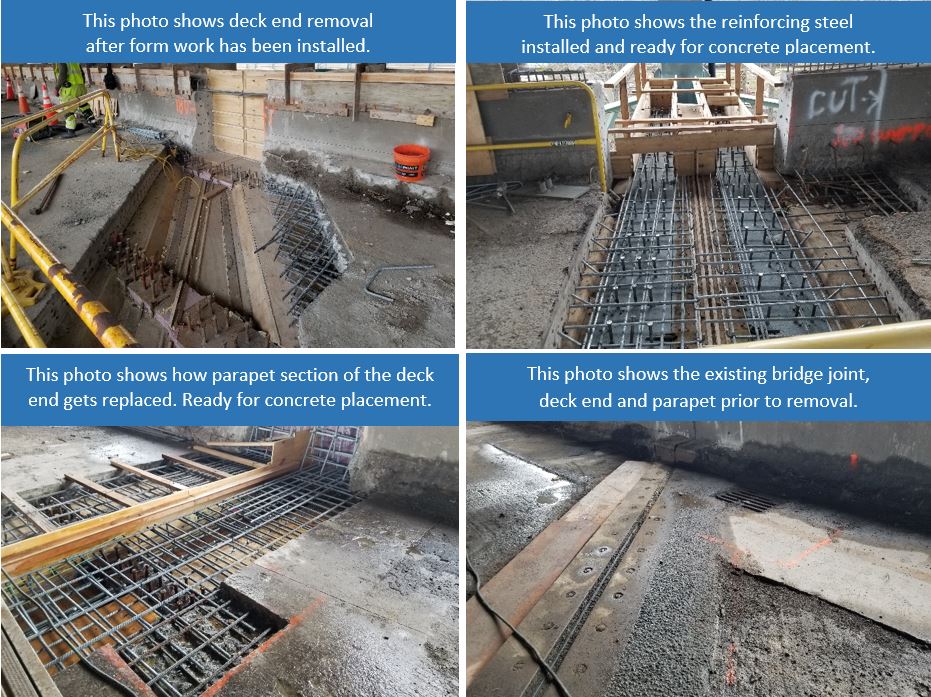